1952 Topps Cardinals have and have not

Pick these up at a Card show in Ottawa Kan.

Posted by Bart McClaughry at 5:49 PM No comments: 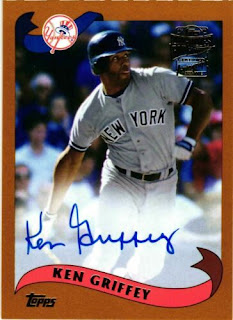 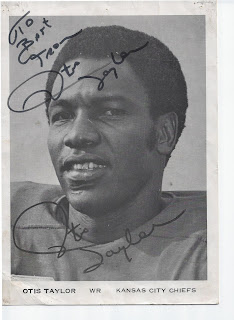 Trevor Rosenthal rookie Card. Rosenthal attended Cowley Community College in Arkansas City, Kansas, same school as my Daughter went to . She came home from College all excited .So I bought his rookie. Come to find out the black border is SP 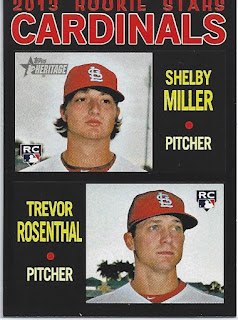 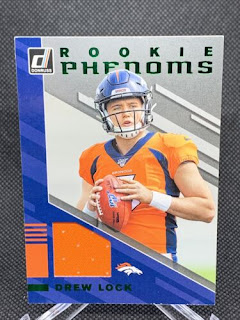 Posted by Bart McClaughry at 8:34 AM No comments:

I didn't have much time but I did go to a sports card show in Lee's summit at the VFW. It was great to see such a large crowd. The card hobby is booming right now. 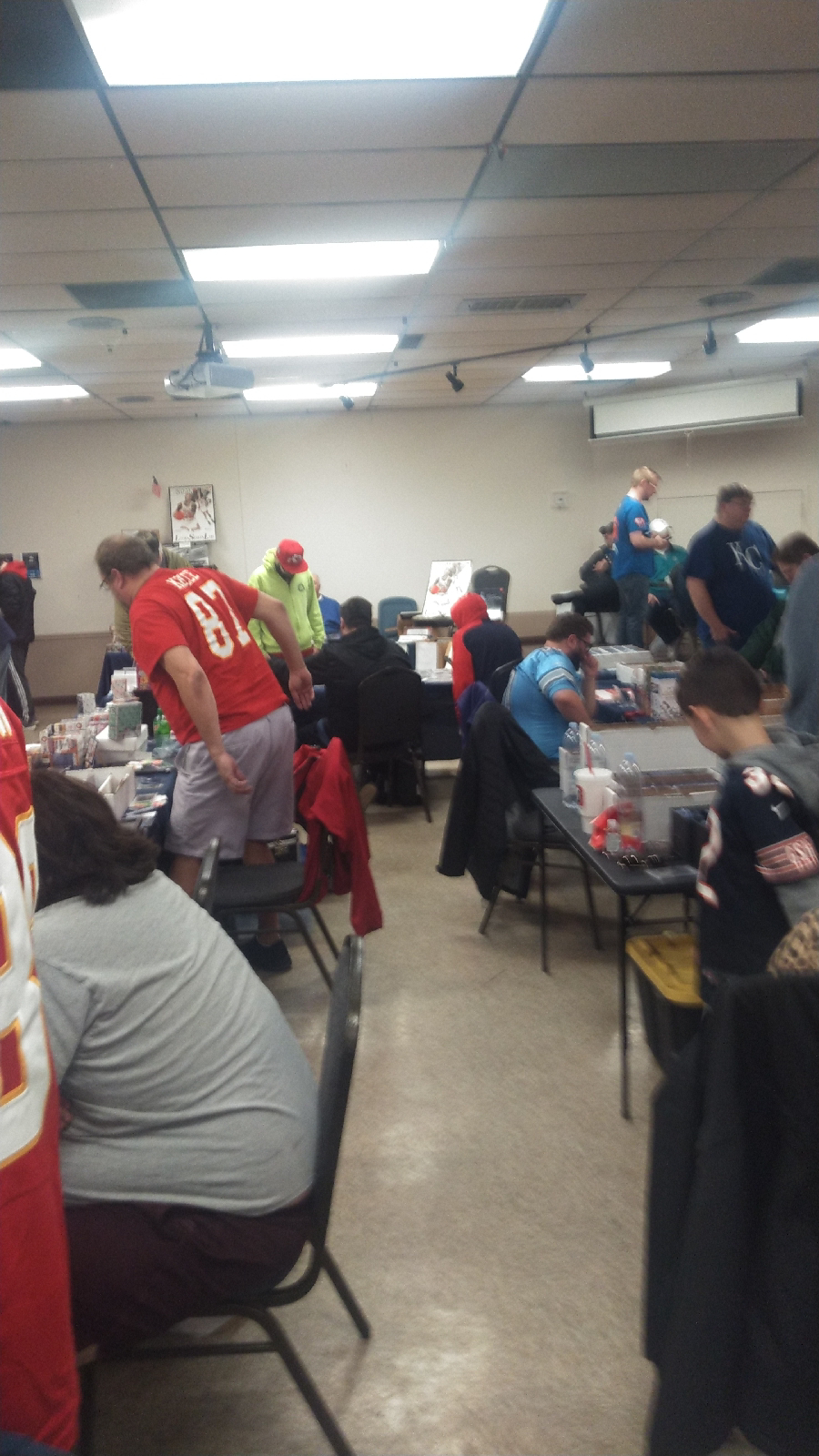 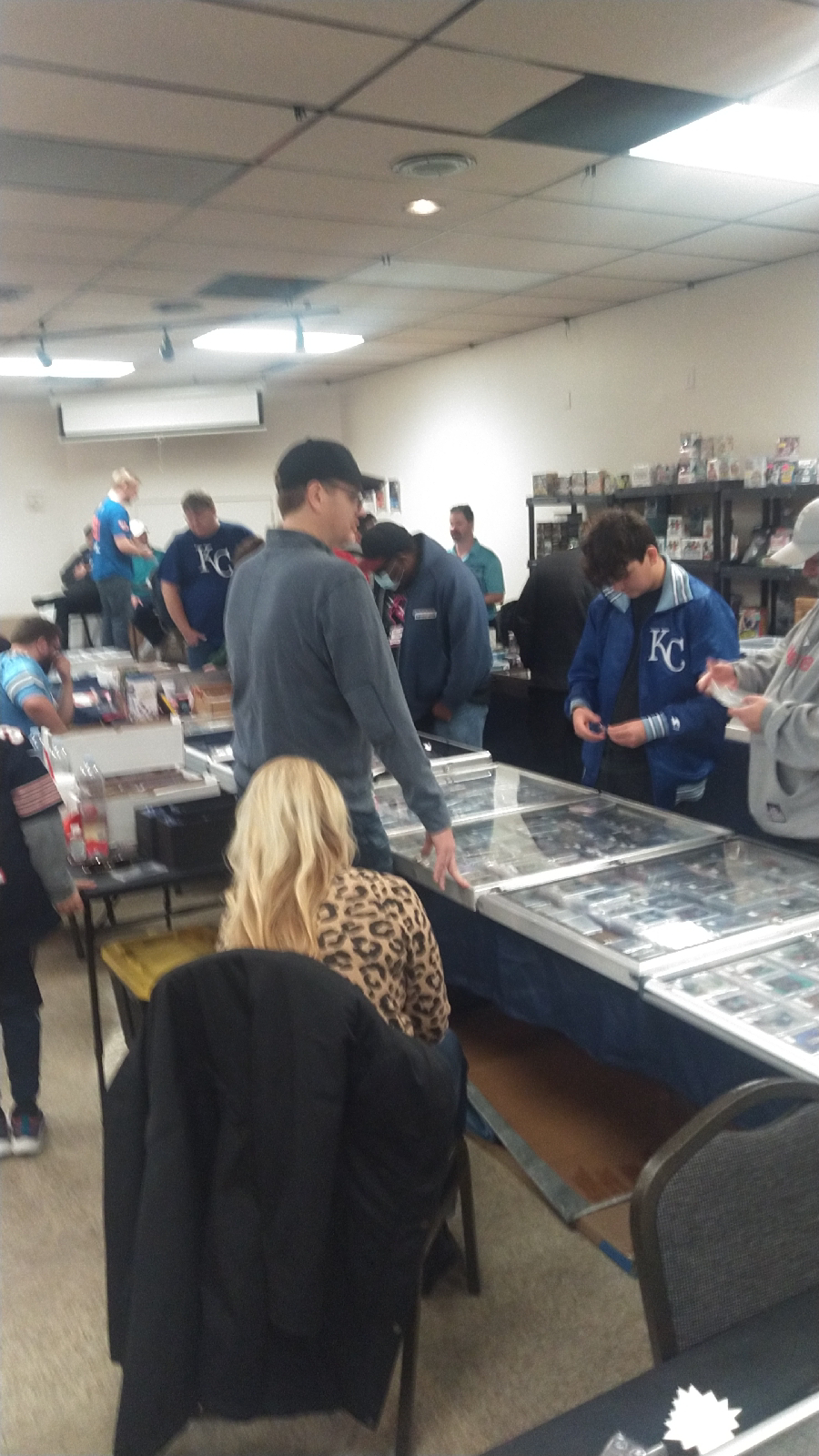 Posted by Bart McClaughry at 7:20 AM No comments:

Hostess also issued a 60-card set with its twin packs of Twinkies (25 cents back then). The Twinkies set is differentiated from the Hostess set not only because of the small size, but also by a black bar running through the top and bottom center of the back. Twinkies cards were used as the cardboard backing for the moist, cello-wrapped product, which left a bit of a grease stain.

Posted by Bart McClaughry at 7:01 AM No comments: This a great page to learn about 1975 Topps Minis

This a great page to learn about 1975 Topps Minis
2.1975 Topps Mini Baseball Cards; Flawed, Scarce...& Enamored by Collectors
Posted by Bart McClaughry at 2:21 PM No comments: 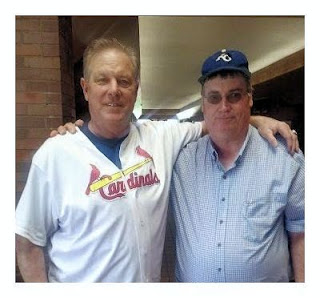 Mark said yes!! The Royals hat that I have was his players hat .He said that's how he mark his stuff. He signed his name then put {Game Used}.Thanks Mark Littell 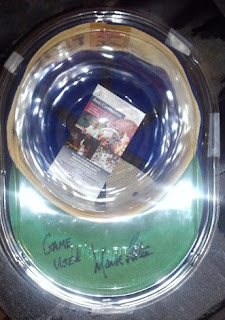 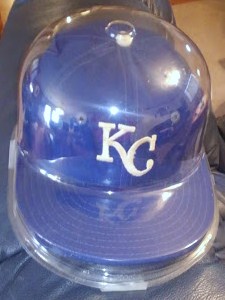 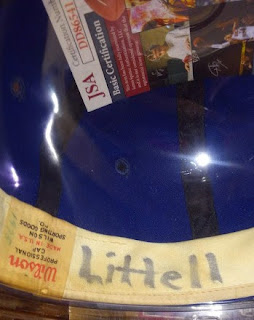 His dad played catch with him only once, but only because his dad had been shot in the right arm and took on shrapnel from an explosive device during the Korean War. Years later, he was cut in tryouts for a travel ball team in his Missouri Boot heel hometown of Gideon.
And yet Mark Littell never gave up his baseball dreams.
“I didn’t make the travel ball team so I worked a little bit harder,” Littell said. “So when I made the team the next year, everybody knew I had a good arm.”
Eventually, he developed a big-league arm.
Thanks to enhancing his stock in American Legion baseball, the 1971 Gideon High School graduate turned an opportunity into a nine-year career in the big leagues with the Kansas City Royals (1973, 1975-1977) and St. Louis Cardinals (1978-1982). Mostly, Littell made a name as a reliever and, for the Royals, was the closer on their 1976 and 1977 teams that both fell one win short of reaching the World Series.
Thus, the Missouri Sports Hall of Fame is proud to induct Littell with the Class of 2016.
“It was Legion ball that made you,” Littell said of how he ever got on the map and piqued the interest of scouts. “You’re in much better competition. It’s all eight to 10 high schools combined.”
Littell had to accomplish much just to get noticed before, in 1971, becoming a 12th-round draft pick of the Royals.
“It was hard back then to find a coach that could teach much about pitching,” Littell said. “Most of the time, I would throw clods at my brother and, once he got the hang of catching, I started getting closer to the zone.”
Littell made his big-league debut in 1973 at age 20, and only Bret Saberhagen was younger when he made his Royals debut in 1984. But Littell underwent arm surgery the next season and, finally, was a Royals mainstay in 1976.
Overall, he finished 181 regular-season games in his  nine seasons, earning 56 saves and pitching 532 innings. He struck out 466 and walked 304, and was 32-31 with a 3.32 earned run average.
“In spring training (in 1976), it was the next to last day. I went up to Whitey and said, ‘Am I going north?’” Littell said, referring to manager Whitey Herzog. “And he said, ‘You most certainly are.’”
Herzog promoted Littell to closer the first week of the season. Soon, every time he entered a game, the loud speakers would play John Denver’s “Thank God I’m a Country Boy.”
That music blared all the way through 1976 and 1977 as the Royals reached the American League Championship Series. Littell had a combined five appearances in both ALCS, covering 7.2 innings (23 outs) against the New York Yankees.
Many will remember that the Yankees’ Chris Chambliss won the deciding Game 5 of the 1976 ALCS with a home run at Yankee Stadium, following a seven-minute delay after fans threw debris on the field. It was only the second home run allowed that season by Littell.
“That was a great team,” Littell said of a Royals team featuring Amos Otis, Al Cowens, Fred Patek, Frank White, John Mayberry and a young George Brett. “And that’s what Whitey did so well. He understood chemistry and pitchers.”
Littell was traded to the Cardinals that December and had a good run with St. Louis. He finished in the top 10 in the National League in appearances each year and still holds the Cardinals single-season record for strikeouts by a reliever (120 in 1978). In fact, only two other Cardinals relievers, Trevor Rosenthal and Seung Hwan Oh, have struck out 100 batters in a season.
Littell’s average of 11 strikeouts per nine innings also is the best single-season ratio for any pitcher in Cardinals history. Along the way, he was the winning pitcher in both ends of a doubleheader, plus was the winning pitcher the night Lou Brock got his 3,000th hit. He also gave up Pete Rose’s 3,631st hit, the one that set the NL record.
Littell went on to coach 18 years in the minor leagues for the Padres, Dodgers, Royals and Brewers as well as in Australia, the Dominican Republic and Panama.
In the past 10 years, he has coached 16-and-under and 18-and-under club teams in Phoenix and two teams in the Arizona Collegiate League.
Additionally, Littell is the inventor of Nutty Buddy, the world’s best athletic cup, and assists NAIA Dickinson State in North Dakota. He also has authored, “ON THE 8th DAY GOD MADE BASEBALL.”
“I’m really fortunate,” Littell said. “I’m lucky. I was blessed.”
Posted by Bart McClaughry at 4:14 PM No comments: